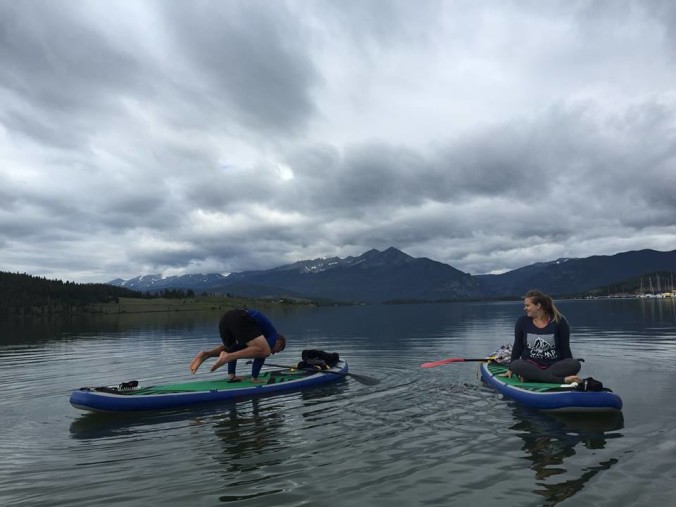 A Month of Yoga

My journey with yoga began in middle school with a gym teacher making our class watch and practice with a yoga DVD.  My conclusions: I sucked at balancing, couldn’t touch my toes, and thought shavasana was just an excuse to lay around (the meditating pose at the end of a practice).  My confusion continued in high school when my best friend, Travis, started doing “Yoga for Athletes” CD.  After making fun of him nonstop, he convinced me to try it and it completely kicked my ass! I had never been so physically exhausted before in my life. My ignorant belief that yoga was “non-manly” was instantly transformed.

A few years later while in college I signed up for a hothouse yoga class.  It was killer, but I was instantly hooked.  For the first month $35 gave you access to as many classes as you want.  Not being a man to turn down a deal like that, I went to a class every single day (sometimes I would combo pilates and yoga…hothouse pilates is still the toughest athletic thing I have ever done).  Quickly I saw benefits: I was relaxed during conversations, focused in class, became less uptight and shy, I could finally touch my toes, my core felt amazing, I just felt like a more optimum human.   END_OF_DOCUMENT_TOKEN_TO_BE_REPLACED