I began trail running about a month into our move from Iowa to Virginia.  Previously I never even considered the idea of running on a trail meant for hiking or mountain biking.  You mean you can run on these rather than walk??? The idea blew my mind!

My absolute favorite place in Danville is the 35 miles of pristine mountain bike trails at Anglers Park and Dan Daniel Park.  I’ve spent DAYS on these trails, running in all sorts of various conditions: the brutal heat and humidity of summer, stomping through the snow, slipping over freshly fallen leaves, running in the morning, after school, before the sunrise.

Here I’ve jumped over copperheads, wiped off more spider webs than I can count, chased hundreds of deer, ran with friends both new and old.

I’d use Angler’s Park as an after school therapist on the most challenging of work days and a playground where I was free to challenge myself on the other days.  It was my home outside of my home here in Danville.  A place of comfort.

But before it was comforting it was mysterious and terrifying.  During my first trail run (and really first few weeks of trail running) I truly believed I was going to run into a bear around ever twist and turn of the trail.  (I even wrote about this silly imagined fear here)

The first time I laced up my shoes and took off down the trails at Angler’s was exhilarating.  There is nothing like getting lost in unknown wilderness, bounding over rocks and fallen trees; new discoveries during each step of the adventure.  Seriously, if you haven’t tried this…quit reading and get to a trail immediately.

In other words I loved both the “adventure” feeling of trail running and the complete physical challenge of the sport.

A few months later I was exploring trails all over Virginia and North Carolina.

It doesn’t have the prettiest views or the hardest trails, but Angler’s meant so much to me over the last three years.

It will always be my trail running grounds/ nature exploration/ outdoor gym/ hiking spot with my daughter Harper/ place where I hopped over copperheads and chased owls/ forest where I sweated more than previously thought possible. 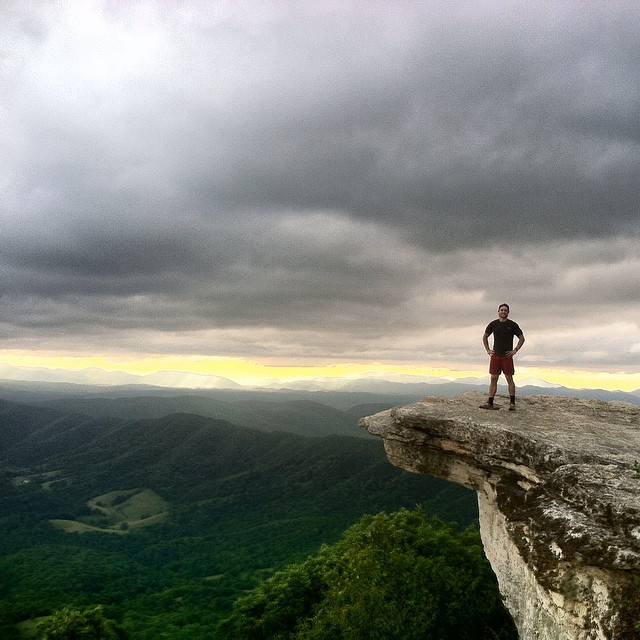 For the past three years I’ve lived in southern Virginia.  This is where my two daughters were born, where I learned how to trail run and where I’ve embraced my love of the outdoors.  Virginia is where I have began to pass along my love of hiking and wandering into nature to my family (my two year old daughter calls hiking “daddy daughter trips”…my greatest accomplishment!)  I’ve also made friends, realized the compassion teaching middle school requires and, of course, learned some thangs about southern culture….bless my heart.

In two weeks my family and I are moving to Colorado to begin the next phase of our journey.  I’m all at once excited, nervous, ecstatic, and sad.  You know, all the emotions you experience as you face  our good ole friend… CHANGE.

Over the next couple weeks I want to reminisce over lessons learned, adventures had, opportunities missed, and skills built during my time in the southeast.

I’m so grateful to have had the opportunity to explore this wonderful area of the country.  I honestly may have skipped over Virginia and North Carolina in order to explore nothing but the western states.  That truly would have been a mistake.  The southeast has areas of pure beauty that will make your jaw drop, bring a tear to your eye, or whatever overused phrase you want to use when trying to describe the indescribable allure of nature .

I count myself a lucky man to have experienced foggy Appalachian sunrises, crisp mountain waterfalls on hot and humid sunny days, the golden trees of the Blue Ridge Parkway in October, amongst so much more.

Some experiences I can attempt to put to words but most are of the “you-had-to-be-there” types that you have in the solitude of nature.  Three years of exploring the Appalachian Mountains, the forests, the swamps, and the coast has transformed me.  Each experience has helped build me into the person I am.  It’s only something you realize self reflecting before a big life shift.

I didn’t know how I’d feel at the end of this three year adventure (we always knew there would be a three year time limit).  I sure didn’t think I would feel this attached to Virginia.  But I do feel attached.  I will probably always feel attached.

That’s how you know you experienced something worthwhile.

I keep hammering the idea of “having something to train for.”  Signing up for some event that gives your workouts purpose.

My last race was in April and all summer I’ve felt as if I was simply treading water.  Aimlessly wandering from workout to workout.

Along with a  couple buddies who I’ve convinced to race with me, I’ve signed up for my next Ultra.  Next March we will travel to Monument Valley for the Monument Valley Ultra.

It has been two days since I signed up and I am already feeling more purposeful and, although I won’t start seriously training until November or December, my workouts have already felt better.

Also, I am recommitting myself to blogging and training for this race will give me something to write about.

The middle of August in Southern Virginia means the same thing as the middle of July….HEAT and HUMIDITY.

In honor of better, colder times…here’s what I’d much rather be doing right now:

Recently I feel as if I’ve been complacent.

Going through the motions.  Like I’ve been doing just enough to get by.

That’s unacceptable.  I hold myself to a higher standard.

I need to follow my own advice and stop riding this wave of momentum.  So I’m going to intentionally steer my ship in the direction I want it to be on.

Step one: Find something to train for.  Check!  I now have two months to train for a 50k in Castle Rock, Colorado.  Nutrition, strength training, endurance, and recovery all have a new goal to focus on.

Step two: Change my morning routine.  Wake up and do something PRODUCTIVE.  Meditate, gentle yoga, go to the gym, write, work on a project….anything besides sitting down and eating my breakfast in front of the TV and checking Facebook.

Step three:  In fact, check social media only once a day.  What the hell am I missing by doing this?? Absolutely nothing.  Recently I’ve been telling myself that I’m only getting on to see updates of the 14ersproject anyways.

Step four:  Find time to sit in quiet with my thoughts.  I don’t need to be constantly entertained all day with noise.  If I can do this then I will begin to organize my goals and begin to move forward on them.

I’m going to start with these four steps and see where it takes me.

Good luck to you on your journey! 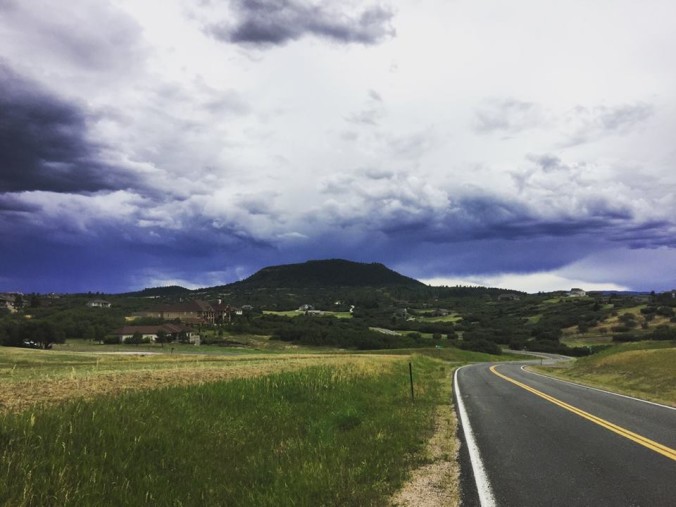 What are you dedicated to?

What areas of your life are you trying to improve?

How are you becoming a better person? (We can all get better)

How can you use the powers of consistence and persistence to reach your goals?

How can you use your strengths to improve your weaknesses?

These questions are important ones to answer every few months or so.  I believe in the power of frequent self evaluation.  This helps me control my own life and keep me on the path of INTENTION and prevents zombifying my life by riding the wave of MOMENTUM.

Thanks for reading.  Good luck on your journey!