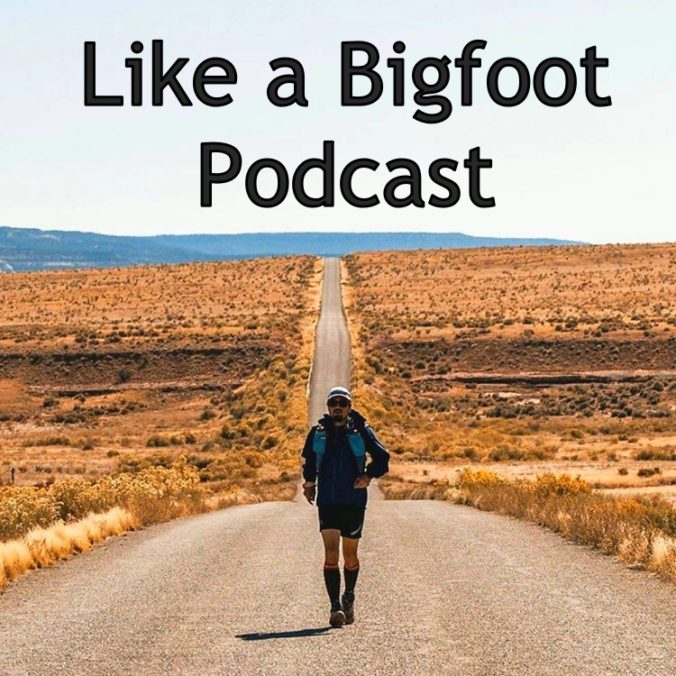 This week we welcome back ultrarunner, filmmaker and host of the excellent “Training for Ultra” podcast Rob Steger.

Rob is fresh off of completing the Triple Crown of 200s, a race series that consists of all three of Destination Trail’s gigantic 200 mile adventures.  In the past three months he has ventured over miles and miles, battled extreme obstacles and experienced an adventure of a lifetime all on a quest of self discovery and to raise money for Pediatric Cancer research for a friend’s daughter Celia who is battling Histiocytosis (FIND OUT HOW TO SUPPORT IN THE LINKS BELOW!).

In this episode we hear about the highs and lows of his three races- Bigfoot 200, Tahoe 200, and Moab 240.  Everything from showing up late to missing the beginning of Tahoe to hammering his fastest mile over 200 miles into Moab to getting hypothermia deep in the woods of Tahoe and so much more!

Hope you guys enjoy the show! Always a blast chatting with Rob! 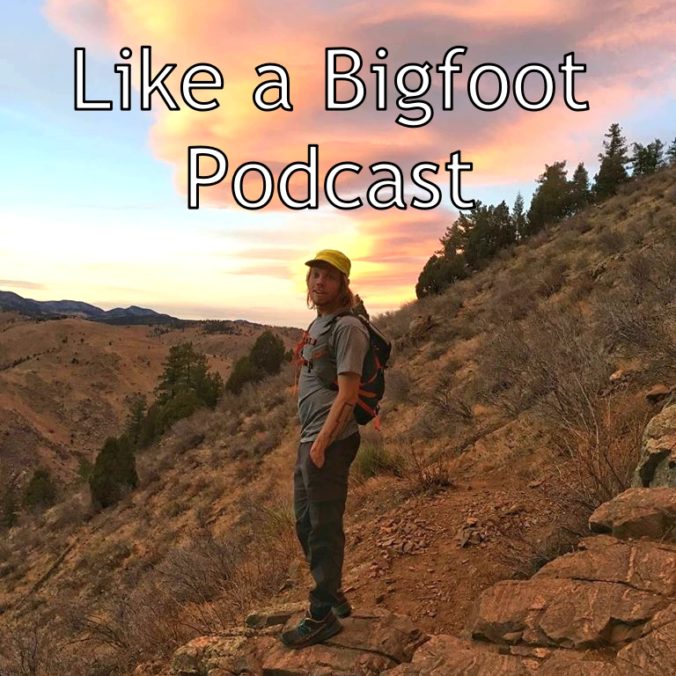 Like a Bigfoot Podcast #167: Juddson Vance — Climbing the 100 Tallest Mountains in Colorado

This week we are chatting with Juddson Vance fresh off of finishing the Centennials, Colorado’s 100 tallest mountains!!

Juddson has spent many weekends over the last few years chipping away at his big adventure, driving and camping all around the state and climbing not only the 14ers but also some of the most rugged and remote 13ers.  This is a quest that many strive for and few complete, so it’s a major accomplishment for him and one that I’m very excited to hear about.

In this episode we hear various tales from the Centennials along with digging into Juddson’s “why” and discover how mountains and wilderness have shaped his life.  For those mountain lovers out there, you will hear about a variety of 14ers including some of the more sketchy traverses, along with some of the lesser hiked mountains like Thunder Pyramid, Vestal, and Jagged.  Juddson also shares some of the more bizarre experiences he has had out in the Colorado Wilderness.

Hope you guys enjoy the episode! I really loved hearing Juddson’s stories and wish him nothing but the best for everything he pursues in the future!

MORE FROM JUDDSON AND THE CENTENNIALS: 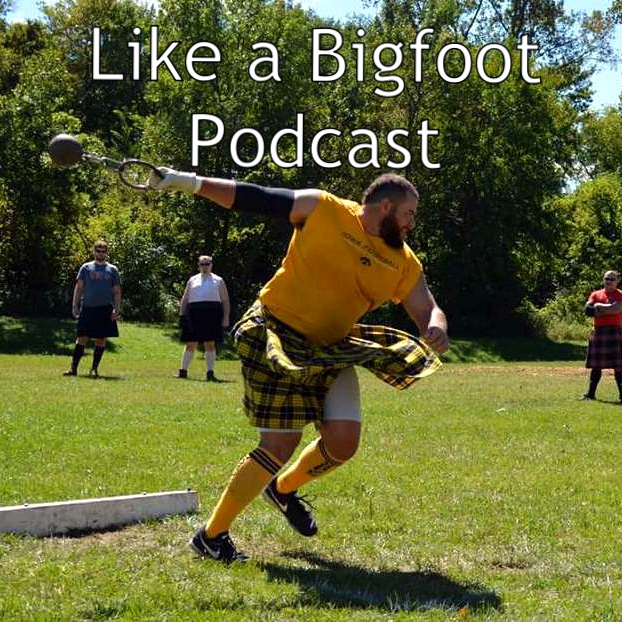 Like a Bigfoot Podcast #166: Julian Vandervelde — NFL to the Highland Games, His Athletic Journey

Julian has had quite the athletic journey.  Finding success at a young age in the little league world series through becoming a four year football starter at the University of Iowa to becoming a 5th round draft pick in the NFL to throwing heavy stuff while wearing a kilt at the Highland Games.

Jumping head first into each sport with a “Blank Slate” mindset, he has discovered lessons he’s carried over into all aspects of his life.

In this episode, Julian shares tales from his journey.  What the offensive line mentality is and what it takes to play at such a high level and how he’s transitioned that mindset into his post-NFL life.

One of my favorite stories in the show was when he describes football from the perspective of a lineman- how he used visualization and preparation to be successful throughout his career.   This viewpoint is such an awesome part of football most people do not recognize or consider so it was really fun, as an ex-lineman myself, to shine a light on tales from the linemen trenches!  We also chat about what led him to the Highland Games, an event that can only be described as people throwing super heavy things like telephone poles, weights on chains and hammers all while rocking kilts at various Scottish festivals.

Julian is an awesome person who is incredibly smart and kind.  I want to thank him for sharing his time with us for the show!

Hope you guys enjoy the interview as much as I did!! 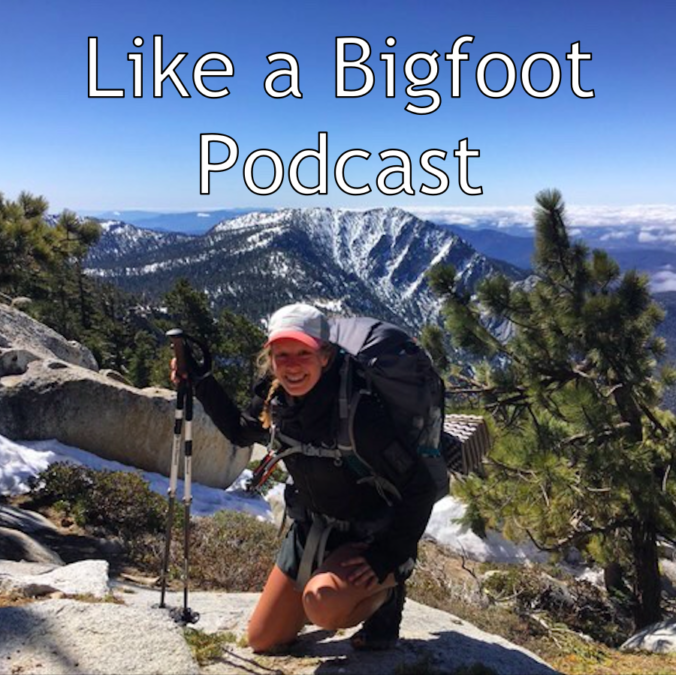 Like a Bigfoot Podcast #165: Danny “Oreo” — Tales From the Pacific Crest Trail

This week we welcome Danny “Oreo” a world traveler from Germany fresh of of completing her hike of the Pacific Crest Trail!

Over the 2,653 miles from Mexico to Canada Danny experienced all the ups and downs that the trail brings.  Forming beautiful friendships and pushing her own boundaries, she battled everything from the dry heat (and hills!) of the desert to postholing through insanely deep snow in the high country.  This being her first trip to America, she also formed a unique perspective on the beauty and culture of our country (and the weirdness of Poptarts).

Her last seven years have been absorbed with travel.  She left school, flew to Australia where she spent a year before deciding to check out New Zealand and, before she knew it, she was a full time traveler.

Danny is quite a fun, adventurous spirit and I was curious if lessons she learned from traveling came into play through her 5 months trekking through the woods.

I have so much respect and envy for the folks who take on thru-hiking and absolutely love sharing their stories on the podcast.  To me, the Appalachian Trail or the Pacific Crest Trail feels like the epitome of epic advneture and I really think anyone who is seeking a change in life, searching for a community of awesome people, or even pursuing self realization should take thru-hiking one of these epic trails into consideration.

Thank you so much for sharing Danny!! I look forward to chatting with you again in the future!