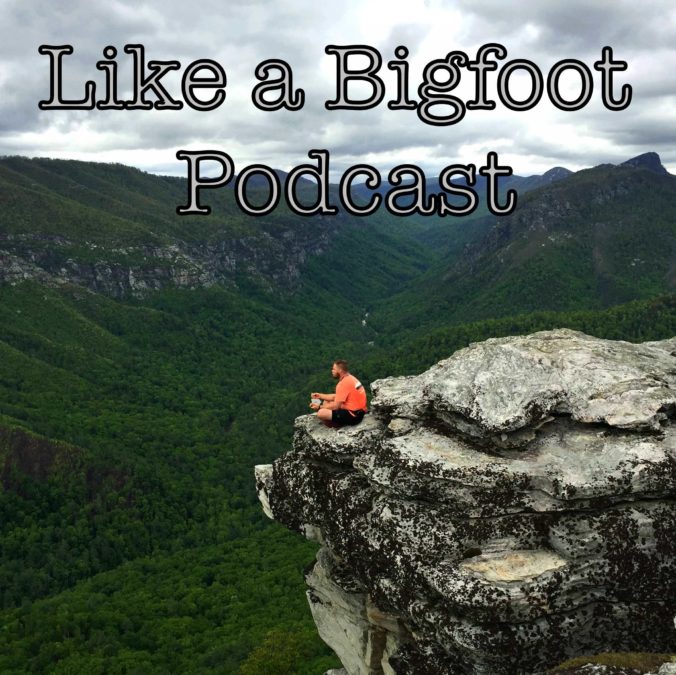 This week we are chatting with Jason Sudduth about rediscovering health, having adventures, and creating positive routines.  Recently he’s lost 40 pounds in two months, started doing yoga, began running, and recently went on his first backpacking trip to the Linville Gorge in North Carolina.

I had Jason on specifically to nerd out about the Linville Gorge, one of the most remote wild places in the southeast, but upon seeing the strides he has made towards a healthier lifestyle the conversation turned into a much deeper more hilarious reflection on health and happiness.

He followed, what I believe to be, the time tested formula of success:

It’s nothing fancy, there is no shortcut or hack, and it sure isn’t pretty.

It IS just showing up day after day, week after week, and putting in the hard work.  Being cool with a little discomfort.  Being ok with “failure” and having the beginner’s attitude.

You have a goal?

Do a little bit each and every day to move towards that goal.

While most of us would prefer to go directly from point A to point Z.  You have to consciously travel all the steps along the journey A, B, C……until you eventually reach Z.  There’s no teleportation.  Like I said, it ain’t pretty.  But it’s necessary.

So do the work.

(Oh yeah….I might have convinced him to sign up for his first ultra marathon in October……and he’s only run 7 continuous miles up to this point.  But he understands this formula and realizes that if he puts the work in daily and remains motivated, he WILL reach his goal)

Hope you guys enjoy!  It’s an important message and an empowering one!

You can find the rest of our episodes here: https://soundcloud.com/chris-ward-126531464