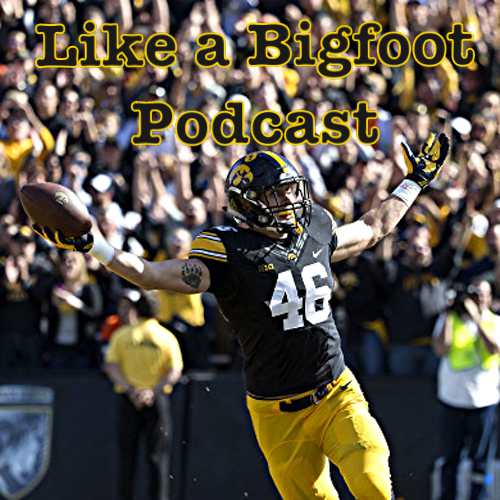 I met this week’s guest way back in 2008 during my first year of coaching 9th grade football for the Iowa City West Trojans.  He instantly became one of my favorite players.  He was coachable, tough, would play any position asked of him, worked harder than anyone else, and had the never say die attitude that brings a smile to a coach’s face.

Over the last nine years, George Kittle transformed himself from 160 pound ninth grader into a 250 pound starting Tight End for the Iowa Hawkeyes.  In the last two years he has scored 10 touchdowns, became one of the team’s best run blockers, and helped lead them to one of their best seasons of all time.

How did his mindset help him throughout this journey? What obstacles did he overcome?  What lessons did he internalize while pursuing his goals?  What does the next step look like for a potential prospect chasing an NFL career?

In this episode George shares the most important lessons from his journey.  Over his five year college career he has used the power of consistent hard work, realized that success follows complete focus and discipline and, most importantly, became a sponge who sought lessons from everyone around him.

I was beyond impressed by the amount of solid advice and inspiration he shared in our conversation.  The “Reset” button is something I will use for the rest of my life!

He also explains what he has gained from three excellent teachers; head coach Kirk Ferentz, strength and conditioning coach Chris Doyle, and, most importantly, his father Bruce Kittle.

So big thanks to George for chatting with us.  We wish you the best of luck in the next phase of your life!

Also, George and his dad were the first people I knew who went out to Colorado to climb “14ers” (big ole mountains), so we definitely talk about his experiences adventuring up mountains too!

Like a Bigfoot Podcast #21: Jill Campbell — What is Acroyoga? Joys of Teaching Yoga

Like a Bigfoot Podcast #23: Sara and Wes Turner — Quest to Qualify for Olympic Trials, Running Through Pregnancy