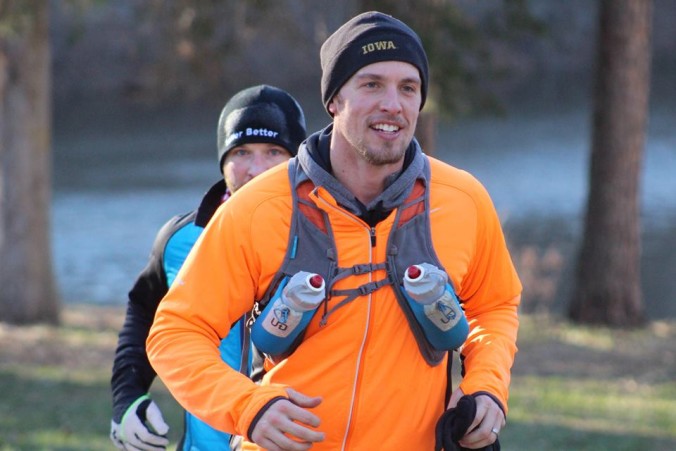 What I Learned During the Holiday Lake 50k

A week out from the Holiday Lake 50k and I’m already looking towards my next big event- the Grayson Highlands 50k.  You can read my race report here.

Today I wanted to do a post-mortem on Holiday Lake and breakdown what went right, what went wrong, and how I can improve next time.

Well, I finished with no injuries, met some really cool people and set a new PR.  I didn’t freeze to death and seemed to be wearing the perfect amount of clothes (minus an unnecessary extra pair of gloves).  So overall, pretty damn good race!

More importantly, my wife and daughter enjoyed the experience of being my crew and were waiting for me at the finish line with a smile on their faces (happy wife=the only way you can be an ultrarunner).  Hitching a ride with another runner from the hotel in the morning was AWESOME so my family could sleep in a few more hours as one can only imagine a 2 year old at 4:30 in the morning.  Saved me a bunch of stress which made running WAY easier.

Leading up to the race my training seemed to be on point and I was able to really nail my nutrition a few weeks out.  Seriously, if you put the time in to do the training, ANYONE can run a 50k.  The training is the hard part, not the race.

I was also able to keep a positive mindset for a majority of the race (minus the last few miles).

My stomach.  This is two races in a row where I had to make a trip to the woods.  To be fair during the Quest for the Crest 50k it was much worse (multiple trips to the woods on SUPER steep cliffs).  After that race I realized later that my Camelback tube was being overtaken with MOLD and all my water was being filtered through the fungus.  YUMMY! So this time I cleaned the crap out of my water bottles, but my stomach was still twisting and turning.

Losing my appetite was a first, not just for the race but a first in life…seriously I’m ALWAYS hungry.  The last 10 miles were tough because I was starting to feel queasy and could not put down any solid food (unless you count pathetically nibbling one Oreo over 20 minutes).  I could only consume liquid calories like ginger ale or the GU gatorade stuff.

That’s about it for what went wrong though.  It was the only aspect of the race that I felt that I really struggled with.

HOW I CAN IMPROVE

No more stomach issues.  The only constant I can find between this race and the last was the fact that I started out drinking coconut water.  So that’s out the window.  No more of that stuff.  The thought was to have something to hydrate me with natural sugars versus artificial sugars.

I think that the fact that I gave up sugar completely a month and a half before the race and then proceeded to eat nothing but sugar during the beginning of the race (in the form of the disgusting GUs) was my BIGGEST issue.  I need to figure out a strategy to work around that, because I don’t think I’m going back to sugar being an everyday aspect of my diet (except for in the form of fruit).

And also, AS ALWAYS, I could run faster next time! 😉